Can we make commenting the reason compulsory for down voting

I think there are many people around here who downvote questions and answers based on there mental state, to relieve their frustrations or because of personal hatred or something.

For example, I have received 4 consecutive downvotes to my popular questions and answers a few minutes ago and all within 2-3 minutes. Which makes it clear that someone is deliberately downvoting my popular posts by visiting my profile. 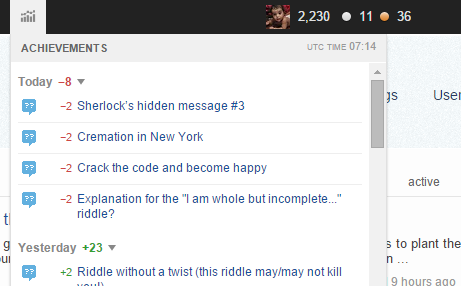 If those downvotes are genuine, I strongly welcomes it and it will be appreciated if comments about the reason of downvote will also be posted so that I can improve the posts or improve myself when I post a question or answer next time.

So in my opinion, commenting reasons should be made compulsory, so that then only a community member can understand their mistakes and improve themselves. IMO a huge number of downvotes without any comments (reason), will never help the community users or the community to get better. They will only get frustrated and lose their confidence by this kind of action. But if the reason is also provided. That will let them understand their mistakes. Otherwise, they will think this place is not for them and people are deliberately downvoting them and eventually they will stop contributing to the community.

A related meta question: Can we comment the reason for downvotes? For a few days at least?

But my suggestion is to make commenting the reason compulsory for downvoting.

There are two different issues at hand here. The first is whether downvotes should have to be explained, and the second is serial downvoting. Both of these have been discussed extensively elsewhere on Meta Stack Exchange, so I'm going to post a short summary here and a few links.

For the first case, downvote explanations are not going to be required. This is primarily a matter of anonymity: voting is anonymous, and a downvoter will easily be ousted for their vote and personally targeted. This is for the protection of the voting populace.

The second issue is that voting is used to determine content quality, and we want people to be able to vote as freely as possible. Downvotes on questions actually used to cost rep, but that was changed early on in Stack Exchange's history to allow easier sorting of content.

The third is a point that's significant, but minor in comparison. I've given almost 600 downvotes at this point - if I had to leave a comment on each one, how many do you think would be constructive, versus "-1, don't think this post is good"? I'd grow pretty sick of it after a while.

The second case is serial voting. Serial voting isn't acceptable anywhere on Stack Exchange (see the above link), and will be automatically reversed. That's what looks like happened here, so expect those downvotes to vanish mysteriously without a trace sometime in the next 48 hours. If they don't, and you're still pretty sure it's serial voting, flag a mod and we'll poke into it further.

Not the answer you're looking for? Browse other questions tagged discussion feature-request .

9
Can we comment the reason for downvotes? For a few days at least?
19
Voting on surface appearance
2
Questions on Down votes

9
Can we comment the reason for downvotes? For a few days at least?
10
Up/Down Voters' Remorse
20
Deliberate errors and anger at editors
9
Should we delete very late duplicate answers?
12
Should we disable the “math problem” close reason?
1
Why was my puzzle deleted?
6
Is it okay/right/fair/ethical to encourage others to downvote a specific puzzle?
1
How many downvotes are required to delete a question?