Puzzling's new favicon is too similar to Workplace's favicon

Puzzling recently got a new site design (congratulations!). As a non-puzzling user though, I have one complaint.

The favicon is very similar to The Workplace's favicon. This is confusing when looking at the hot network questions list.

A couple current examples (seen from different sites on the network):

The question titles of Puzzling aren't as clear as the Workplace's are, but they aren't outside the realm of possibility for a valid title, especially prior to an edit that further improves the question. I've already clicked on more Puzzling links in the last few days that I ever had and each time I just feel annoyed (and kind of tricked) that I clicked on the link when I was attempting to get to the Workplace. I'm sure the reverse can be true for others.

Can the Puzzling favicon be modified to be more visually distinguishing from Workplace's icon and still keep with their new design?

Whilst I quite like the current logo, I think there's plenty of opportunity to keep the spirit of it, and still avoid the overlap with the Workplace logo...

With that in mind I've mocked up a few alternatives: 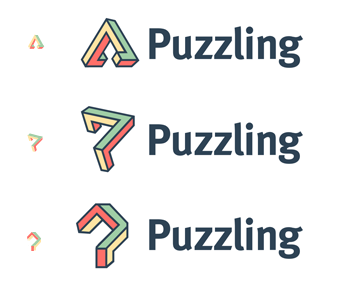 The first keeps the "lock icon + impossible geometry" motif of the original design, but switches it to a more classic triangular shape.

The second takes inspiration from the impossible geometry triangle and the original ? icon of the beta PSE.

The third tries to take the current design, but also shift it back towards a ? icon.

Note: I am by no means a graphic designer, and I'm sure the above could be improved upon, I just wanted to give a few alternatives to help continue the discussion...

I've also suffered from this confusion the last few days, despite being certain I wouldn't when I first saw the new icon. Seeing the two icons next to each other in this meta question shows that they look quite similar, but they are easily distinguished when they are adjacent. The problem comes when only one or other appears without the other adjacent to it. Then it throws me.

As a similarly themed but easily distinguishable alternative, I'd recommend an impossible triangle instead of an impossible quadrilateral for the puzzling icon. 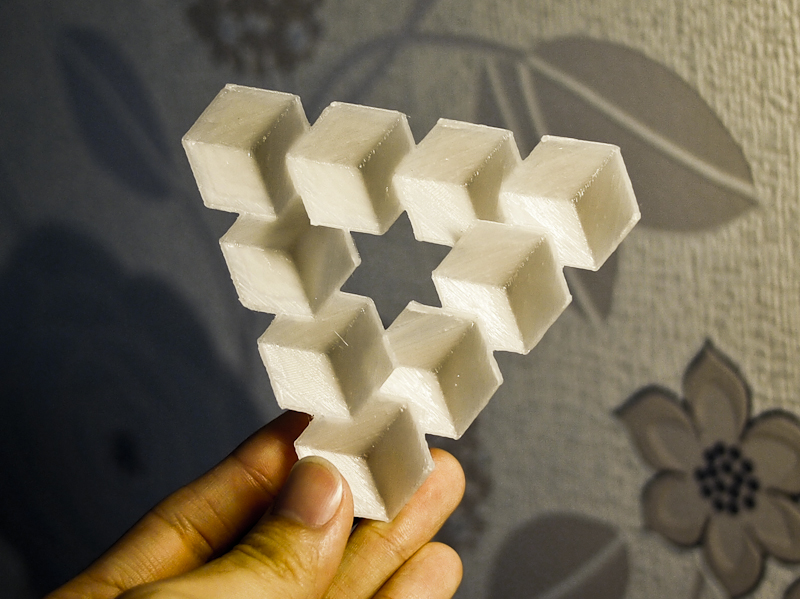 We aren't going to change the logo. While the shapes are similar at a glance, the treatment and visual identity are completely different. As the number of site designs increase, it will be impossible to avoid logo collisions.

Our designers strive to create designs that reflect the identity of individual sites. If they succeed the site looks like it belongs to the community who uses it. So the primary goal of a logo is to tie the room together (or whatever actual designers might say). Obviously, they want to avoid logos that look too similar, but superficial similarity is not really a concern.

I can think of only two places where the confusion might come up:

I don't think we can possibly address the second problem since site logos would be competing with the entire universe of favicons. The first is something we can control to some degree however. In fact, a couple of years ago I floated the idea of appending the site name to the logo on the HNQ list: 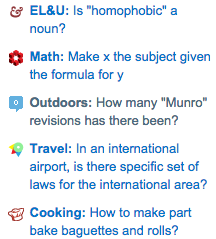 This would eliminate confusion not just for people who have learned all of our logos, but also for people new to the network. In addition, designers would be free to design logos without stressing about the growing library of site logos.

However, that idea stalled out due to internal disagreements. I'll take the pulse of the team to see if this is something we should revisit.

Not the answer you're looking for? Browse other questions tagged feature-request status-declined design .

4
Can and should we "sandbox" new challenge posts?
2
How to make a new Tag?
109
Puzzling Design Pitch - Congratulations, you're graduating!
88
New Site Design!
3
Logo on iOS sidebar is too big
5
Too difficult or pointless badges
3
Popup that suggests commenting after new contributors' post edit