What should I do with this audit? Is it a bug?

While reviewing new posts I found a very bad quality post. There was nothing to edit (it was nonsense) so I tried to flag it as "very low quality" but it told me I have already raised that flag. So I thought my job was done (flag raised) and I clicked on No Action needed. 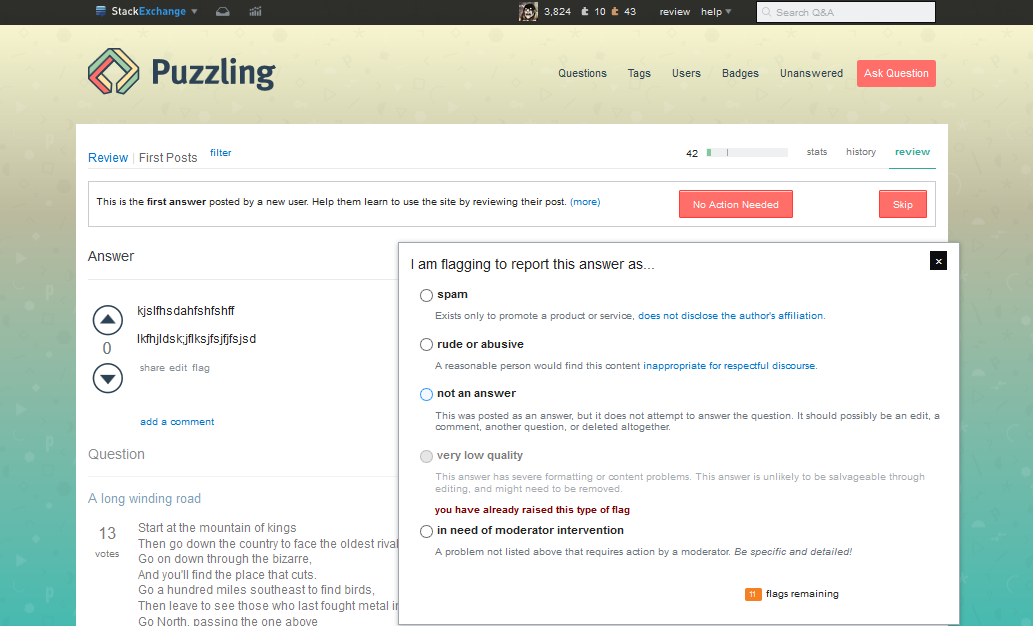 Then the system told me it was an audit and I have failed it... 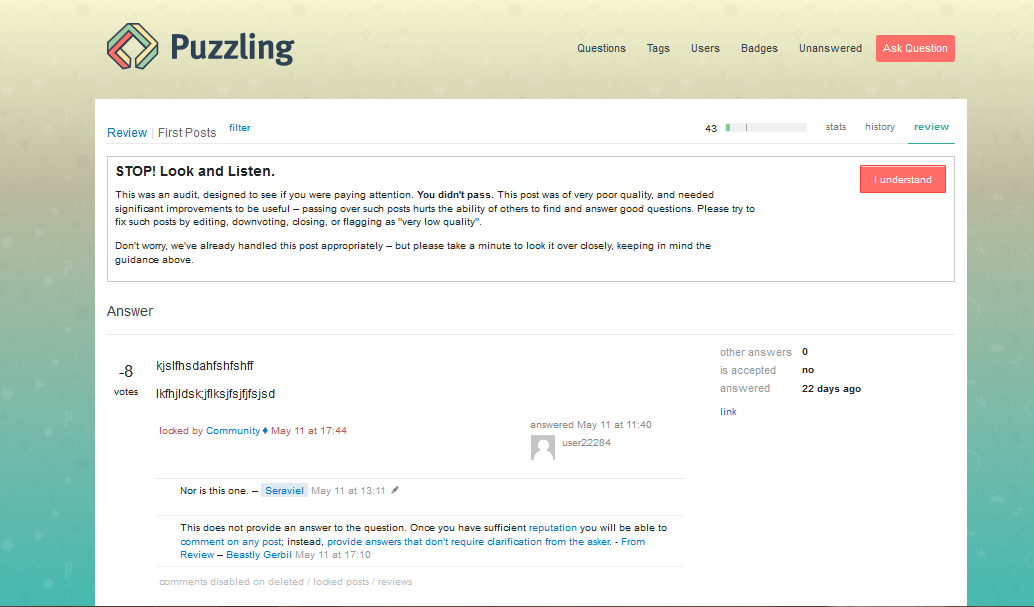 I eventually clicked on I understand but this is a lie.. I don't understand what I was supposed to do. The system even advised me to flag as "very low quality", which I had already done.

Is it a bug? What should I have done?

There should have been an "I'm Done" option that's normally greyed out until you take an action. Here's the same dialog box from Stack Overflow:

I suspect the "I'm Done" button is invisible in your screenshot because of the recently added design. So I'll check with Stéphane on that.

It turns out you flagged the answer as "Not an answer" right after it was posted. So that's why you couldn't flag it again. Probably there should be a check to avoid auditing people with posts they've already flagged. So I'll check with a dev for that bit.

So it's two bugs working together to demonstrate Murphy's Law.

Not the answer you're looking for? Browse other questions tagged bug reviewing design review-audits .

4
Puzzling updated site theme is ready for testing!
16
Do we need review audits on Puzzling?

1
Bug with [2048] tag
2
Why did I fail this audit?
4
What to do when question can't be repaired with edits?
2
Ghosted for a few minutes by a Suggested Edit?