Congratulations Gareth! and the end of an era

Change is afoot! In the list of all users ranked by reputation.

I've been #1 in that list, the highest-reputation user on Puzzling SE, since early 2015. But it seems the time has finally come to give up that position and succumb to the relentless rise of the Gareth.

Mr McCaughan joined Puzzling SE in February 2016, having already been a member of the Stack Exchange network for several years previously. His rise to the top didn't seem meteoric at first, but he quickly made a name for himself with his wide-ranging skills and formidable puzzling talent, both in mathematical/logic-based puzzles and in more wordplay/language-based ones, with the help of his background as a mathematician and his vast general knowledge. By the time of Puzzling's second moderator election in 2017, he was a clear candidate for a runaway victory. Since then he's served very sensibly as a site moderator while still continuing to solve puzzles.

While losing the top spot in the reputation leagues isn't cause for celebration for me, there's no doubt it couldn't have gone to a worthier successor. I'd hoped to be the first user here to receive a 100k swag pack from Stack Exchange, but now I wish Gareth the best of luck in beating me to it.

And might I suggest celebrating this occasion by posting a question? If you've been waiting for the right moment, Gareth, then surely becoming #1 user is it. And no, a CW repost of someone else's question doesn't count :-)

Finally, don't worry, this isn't a retirement announcement. The "end of an era" in the title refers to my 4-year stint as highest-reputation PSE user. I'll be sure to check back in 2023 to see if Gareth can hold it for 4 years too ;-) but in the meantime I'll still be here and posting away as always. 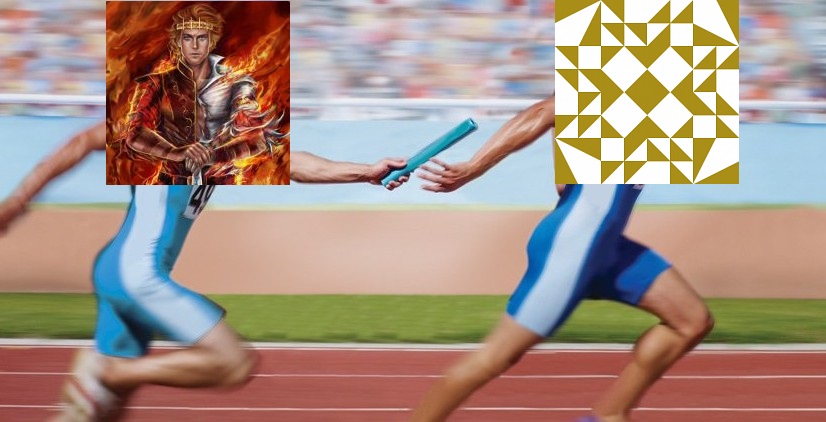 Turns out I got to enjoy one more year at the top, when a big network-wide reputation recalculation in November 2019 boosted me above both Gareth and Deusovi, who had also overtaken me by then. I knew that posting so many questions would stand me in good stead one day :-P

However, a few days ago I was finally re-overtaken: not by the meteoric rise of Gareth, which has been slightly less meteoric in recent months, but by the steady brilliance of another of our site's moderators and top contributors, $\text{Deusovi}$.

This user needs even less introduction than Gareth. He's been prominent on PSE since 2015-16 (rising to fame during my hiatus from the site, as it happens), and became a moderator in the 2016 election, getting almost as many votes as the established moderator Emrakul and winning in the first round while the third victor took twenty more rounds to reach the required vote threshold. He's contributed heavily in pretty much all of our major tags, with skill in word puzzles, logic puzzles, maths puzzles, and whatever else you care to put in front of him. He's created and posted a number of puzzles himself, but his main contribution has been in solving, often so speedily and skilfully as to frustrate other attempted solvers: see Should we ban Deusovi from puzzle-solving? Because this attempt failed, now he's the highest-rep user :-)

Good luck to Deusovi, and potentially Gareth again, in pulling ahead of me and continuing to shine with brilliance in puzzle solving. Nobody deserves it more. I did manage to be the first user on PSE to break the 100k reputation barrier, which despite the lack of swag packs is enough of an achievement to make up for no longer being the highest reputation user. I look forward to the next Deusovi puzzle (probably some grid-deduction thing which will take up hours of somebody's life), while the Deusovi answers continue to flow. 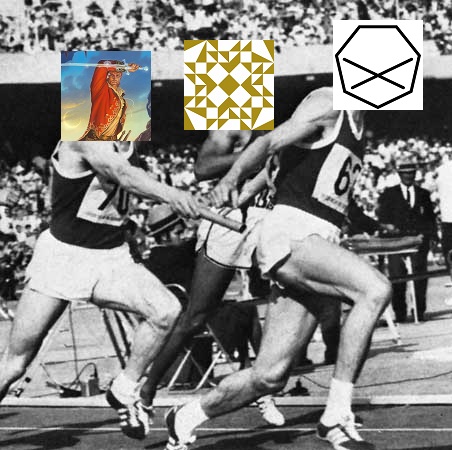 89
Should we ban Deusovi from puzzle-solving?

10
A rise in low-quality questions (March 2015)
1
How do we move past the absence of our top contributor?
11
2016 Moderator Election Q&A - Questionnaire
40
Should we ask our new moderators to step back and take a more hands-off approach?
13
Possible Structure for Annual Puzzle Awards?
63
So long, and thanks for all the herring!
15
2017 Moderator Election Q&A - Questionnaire